Our wine list is 30% off listed price. Please call to receive this offer.
View Wines »

Scalloped Potatoes
a hint of spice ~12

Celebration Packages: Enjoying a birthday or anniversary with us is a treasured tradition and until each of our guests feels comfortable joining us in our restaurants, we are providing special Celebration packages for elevated in-home dining for two. Both the Iconic Gaucho Menu and the Surf & Turf package are available for $170 with the option to add select bottles of wine.

Celebrate the Holidays with the very best steaks and burgers from El Gaucho.

Choose from a variety of combination packs, each featuring the same dry-aged steaks and burgers you love when you dine with us.

Available for pick up Wednesday-Saturday 4-7pm.

Celebrate a romantic evening at home with our take-home dinner package for two.

We coordinate so you can celebrate. Our Private Dining team will create an experience for your most important business and personal moments. Our beautiful private rooms provide the perfect venue for your every occasion. 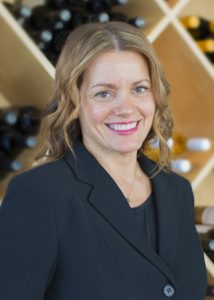 After graduating from Evergreen State College, Gillian’s love of travel drove her to buy an around-the-world ticket to explore the globe before settling into a career in journalism. That was promptly stalled after her first stop in Hawaii, where the week turned in a 3-month stay and included her first job in a restaurant. She fell in love with the fast-paced, multi-faceted work that the restaurant business had to offer, and she’s been working in the industry in various capacities ever since.

Gillian joined the El Gaucho Portland team in 2012, and served as the Wine Captain until her promotion to General Manager. Growing up in Portland, Gillian loves to explore the local wine region and keep up on the local restaurant scene with her husband, Joe. Among other hobbies, she loves to cook, organize, make tiny little appetizers, host dinner parties, and hang with her Chocolate lab-Chesapeake bay retriever, Baila. 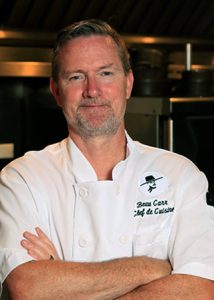 Chef Beau Carr is a Portland legend after his 21 years as executive chef at the RingSide Steakhouse and we are thrilled that he has joined the El Gaucho team as Executive Chef at El Gaucho Portland kitchen. Chef Beau was born in North Carolina and grew up in the Columbia Gorge town of White Salmon, WA. He began cooking in high school for cafes in White Salmon and Stevenson WA.

After high school he joined the team in a few major hotel kitchens in Portland and worked his way up the ranks. He decided to pursue a career as an executive chef and attended Western Culinary Institute (now known as Le Cordon Bleu) and graduated in 1990. Joining the El Gaucho family came naturally to Beau, especially because he recently married El Gaucho Portland wine captain, Kate Lasley Carr. He is the father of three daughters and grandfather to two young boys. He enjoys spending time with his family, especially while boating on the Columbia River.